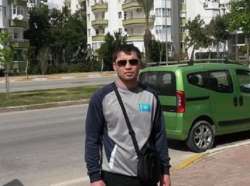 In Management of staff of national teams and sports reserve comment on the expulsion of Wushu coach Medet Abzhanova with the Asian Games in Incheon, according to Kazinform .

Medet Abzhanov"Earlier in the media of Kazakhstan reported about alleged to be, harassment by Abzhanova to the girl-volunteer. According to the matter under investigation. But written statements and protests from the GOC to the official delegation of Kazakhstan and the Kazakhstan NOC not received "- said in an official statement DSHNK and the Slovak Republic.In DSHNK and CP clarified that the State Coach of the Republic of Kazakhstan on Wushu Medet Abzhanov was sent to Kazakhstan to the Olympic Village XVII Summer Asian Games sport mode for violation and non-compliance of the rules of finding living in the Olympic Village on the orders of the Director and CP DSHNK Zhanpeisova K.Recall, the media reported that the Kazakh State coach molested Asian Games volunteer .